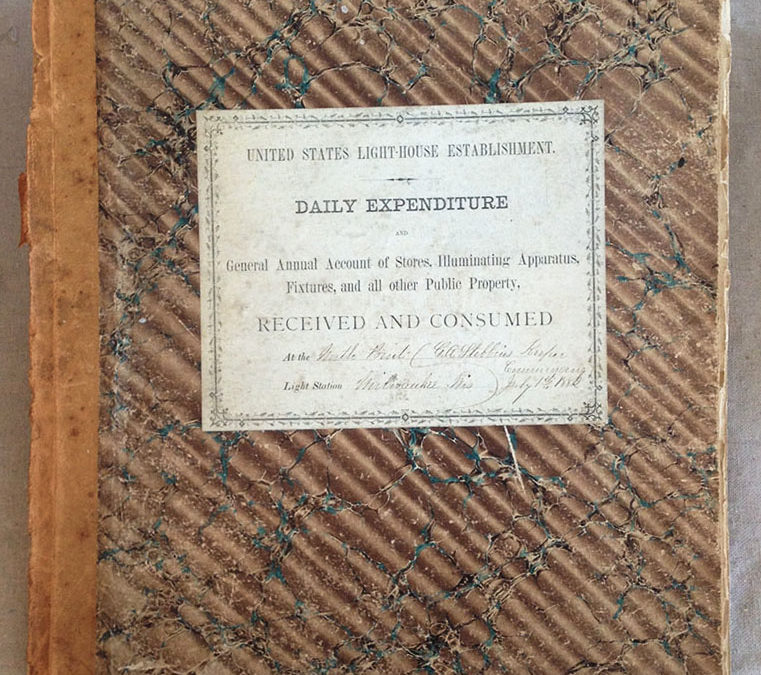 These North Point Lighthouse keeper’s ledgers dating from 1873 have returned to the North Point Lighthouse Museum after a 54-year absence. The daughters of the late Roger Erdmann, a Captain in the USCG, found them in the attic of his home in Durham, Maine last summer. Capt. Erdmann was transferred to Milwaukee in 1959 and served as the District Commander until 1961. A native of Port Washington, WI, he joined the Coast Guard in 1939. He proudly served in WWII, The Korean War and the Vietnam War. He retired in the 1970’s.