The Girl in the Diary 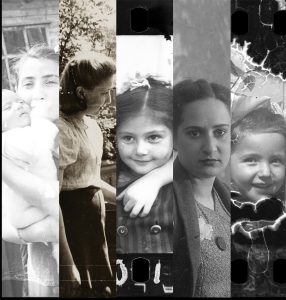 The Girl in the Diary: Searching for Rywka from the Łódź Ghetto

“Oh, to write!… To be able to write, to make pen move on paper! I need to write.” -Rywka Lipszyc, Litzmannstadt Ghetto

On the 75th anniversary of the liberation of Auschwitz-Birkenau Camp, Jewish Museum is honored to exhibit The Girl in the Diary: Searching for Rywka from the Łódź Ghetto, on loan from the Galicia Museum in Kraków, Poland.

In 1945 a Soviet doctor found a school notebook in the liberated Auschwitz-Birkenau Camp. It was a diary written by the teenager Rywka Lipszyc in the Łódź Ghetto between October 1943 and April 1944 — the testament of a Jewish girl who lost her siblings and parents, but never lost hope despite moments of doubt. More than 60 years after its discovery, the diary traveled to the United States to the Holocaust Center of Northern California where Dr. Anita Friedman began the task of trying to locate answers about the notebook and its writer. An international research team was established – all them looking for answers and for Rywka Lipszyc.

Rywka’s diary, a moving memoir of life and adolescence in the Łódź Ghetto, is the starting point for this exhibition. Selected passages are supplemented by expert commentary from historians, doctors, psychologists and rabbis. These commentaries help us to understand the context of the times and events Rywka refers to in her diary. The historical and intimate artifacts displayed in the exhibit, including beads, thimbles, and toys, serve as witness to the personal dimensions of the Holocaust.

The story presented in the exhibit is mainly that of women – the women who fought for survival in the Łódź Ghetto, in concentration camps. It is filled with their pain and longing, their fear, their daily battles, their courage. And at its heart, it is the story of a journey in search of Rywka and her fate – a story still being written.